Over the last few weeks, EG’s Head of ESG, Ian Lieblich, has shared a series of insights summarising the developments as they unfold in Glasgow at COP26.

Noting the importance of pausing to reflect on what has been achieved, Ian considers the role of Glasgow a checkpoint on the road to climate justice.

Read Ian’s commentary as it was originally posted to his LinkedIn account below.

Whilst it’s easy to be frustrated as countries gather in Glasgow for COP26 (particularly if you’re Australian), it’s worth recalling the strides made since Paris. And though the pandemic has rendered the passage of time meaningless, it was this time six years ago – in those opening days of COP21 – that the inclusion of a 1.5°C temperature goal was a pipedream.

I remember the German pavilion at the Paris COP using butchers paper to cover their 5m tall “2°C FUTURE!” sign with a very home-made “1.5 to stay alive” such was the pace of change on the ground in Paris.

Likewise, the IEA’s 2015 World Energy Outlook projected the installation of 241W of solar by 2020, a renewable energy source they predicted would still be more expensive than energy generated from fossil fuels by the time Countries were set to gather at COP26 in Glasgow. And whilst Glasgow was delayed a year, progress on solar was not, with 739GW – more than triple the IEA’s prediction – installed since Paris, with the team at BNEF estimating that 90% of that sweet, sweet new electricity generation is cheaper than incumbent fossil fuels.

When Paris was signed, very few countries had committed to net zero emissions. Six years later and ~70% of the world’s GDP has made the commitment. Even Australia has come to the party, albeit a little late, holding true to our new-found national ideal that nothing is a race.

Private markets are moving, with institutions representing almost US$40 trillion divested from fossil fuels, following the lead of the tiny Unity College who were the very first institution to divest way back when.

So whilst things are still not as rosy as they could be – it’s worth taking a moment to recall that we stand on the cusp of potentially market and world shaping change these next two weeks in Glasgow.

So in continuing to observe COP26 from afar, I’ve tried to stay hopeful, and steer in a positive direction as the first week wraps up today.

And whilst there’s still a lot to do over the coming days, the first week of the Glasgow Conference has had some good news stories that you might not have heard about in the midst of doom-scrolling through stories criticising Parties’ lack of ambition.

Over 100 countries signed the Global Methane Pledge, pledging to reduce global methane emissions (which are 80 times more potent than carbon dioxide) by at least 30% by 2030, off a 2020 baseline. This is a move scientists believe could prevent ~0.2°C of warming by 2050.

The US announced the launch of the First Movers Coalition, a new platform for companies in difficult to abate sectors – including trucking, shipping, aviation, steel and cement – to leverage their collective purchasing power and supply chains, to create early markets for innovative clean energy technologies. I much prefer this version of America to the one that elected Trump in the middle of COP22, not the sort of news you want to wake up to halfway through a Climate Summit.

Arguably the biggest piece of news was the formation of the International Sustainability Standards Board (ISSB), which seeks to standardise climate reporting amongst investors. Since the formation of the TCFD in Paris six years ago, capital markets have grappled with how to formalise the reporting of climate governance, metrics, risk management and broader strategy. The ISSB aims to standardise these reporting practices to allow investors to compare apples to apples, resulting in the flow of capital to benchmarked low-carbon industries.

To quote our UNFCCC Queen, the brilliant Christiana Figueres – “reporting annually is a brilliant proposal to convert pledges into delivery, build trust and discourage empty words.” Not the first time C-Fig has created inspiration and hope from seemingly dull reporting regulations.

And speaking of royalty, old King Coal appears on the way out, with the EU committing to completely phasing out coal by 2038. This includes Poland who only three years ago were criticised for promoting coal while literally hosting COP24 in Katowice, a move you might be surprised to hear, did not go down well. Further, the Asian Development bank has also enacted a ban on investing in a new coal-fired generation (despite protests from an “insensitive” Australia) as money continues to surge around renewables.

So as delegates prepare to break for the weekend and enjoy some Scottish themed cocktails (or more likely, Scotch) it’s worth pausing to take stock of what’s been achieved. Next week the focus will turn to article 6 and how activating carbon markets can lead to financing opportunities for emission abatements, stay tuned!

As COP reaches the mid-point of its final week, I thought it was apt to turn to Australia’s domestic actions since declaring a net-zero by 2050 target, specifically the launch of its Future Fuels Strategy and the commitment this week of $500m to developing low-emissions technologies.

The Future Fuels Strategy is particularly heart-warming, given it represents a departure from the Government’s previous view of Electric Vehicles (EVs), which Scott Morrison claimed only two years ago would “ruin the weekend”.

The Strategy itself is still a little vacuous, steering clear of subsidies, tax incentives, sales targets, or minimum fuel emission standards in favour of a central commitment to install charging infrastructure nationally. A pledge so overdue that notorious climate change warriors and diehard EV enthusiasts – Hungry Jacks – had only days earlier committed to doing exactly the same thing. EV infrastructure however is important – be it funded by our taxes or the sale of Whoppers – as range anxiety (how far one can drive before needing to re-charge) is one of the largest hurdles preventing Australians from purchasing EVs. Addressing this should assuage fears that long road-trips will need to be meticulously planned in your brand new EV.

The lack of fuel emissions standards is particularly frustrating given that’s how the rest of the world is handling the transition to EVs. It also places Australia at risk of becoming a dumping ground for right-hand internal-combustion-engine (ICE) cars, as manufacturers hands are forced by strong Japanese and British fuel emissions standards, which includes an incredibly ambitious pledge to ban all ICE vehicles sales in the UK from 2030 from the notoriously progressive Boris Johnson.

So, while our weekends are now safe, there’s still a way to go.

Whilst it remains to be seen what exactly this capital will fund, it showcases the Government’s new-found realisation that climate positive businesses that align environmental and financial outcomes – while also creating hundreds of thousands of new jobs – are the way forward.

And whilst the rest of the OECD has long held this belief, we have recent history to remind us that Australia can quickly become an international leader in an area we once considered was “not a race”.

COP26’s outcome was in some ways inevitable.

Late nights at Boris Johnson’s “last chance saloon” were always going to conclude with some “Commitment” or “Pledge” or “Promise” that disappointed many while lending hopes to others. The “Glasgow Climate Pact” – as it was termed in the end – was never going to be the golden bullet that solved the crisis once and for all.  And whilst criticisms levelled at its lack of ambition are certainly fair, the Pact still represents a key checkpoint along the journey towards progress.

So rather than congratulating the world on fixing climate change, it’s important to recognise some of Glasgow’s little wins and then knuckle down again and continue the work.

One such win that encapsulates Glasgow’s role as a journey checkpoint, not the destination, is the progress made toward transitioning away from coal.

In addition to multiple countries committing to phase out coal – crucially including Poland and Korea – the Glasgow Pact includes an explicit reference to eliminating coal and fossil fuel subsidies, the first COP communique to do so. And whilst the language was watered down to read “phase-down” rather than “phase out”, it’s worth considering that all Parties under Paris are sharing this commitment. Australia not only agreed to this but was reportedly even willing to accept the more stringent “phase-out” language, a significant step that hopefully signals our Leaders are waking up to the global reality that coal has a limited future.

Likewise, an agreement on Article 6 – the one outstanding section of the Paris Rulebook – was reached. This will seek to unlock emissions trading and market mechanisms capable of ushering in trillions in investment in low carbon technologies and projects. Whilst the resolution is not perfect and significant concerns remain on double counting of avoided emissions, as well as a lack of funding being funnelled into adaptation efforts for the developing world, it is once again, another step along this long journey.

It’s a journey that will depend on the ongoing work of civil society and a public growing increasingly aware of greenwashing and other accounting tricks Countries and Corporates are playing. Whilst the negotiated Article 6 allows for the use of some Kyoto carryover credits, buyers can address this by refusing to buy such credits and demanding all offsets represent new, additional carbon abatements.

So, whilst some contradictions remain, Glasgow remains another checkpoint along the road to climate justice.

The road will pass through Egypt next year, as COP27 will focus on those few Nations who did not ratchet up the ambition of their original Paris emissions reductions targets. Frustratingly, this includes Australia, who tragically didn’t even wait for the ink in Glasgow to dry before declaring that “Australia’s 2030 target is fixed”.

Yet another reminder that there is more work to be done. 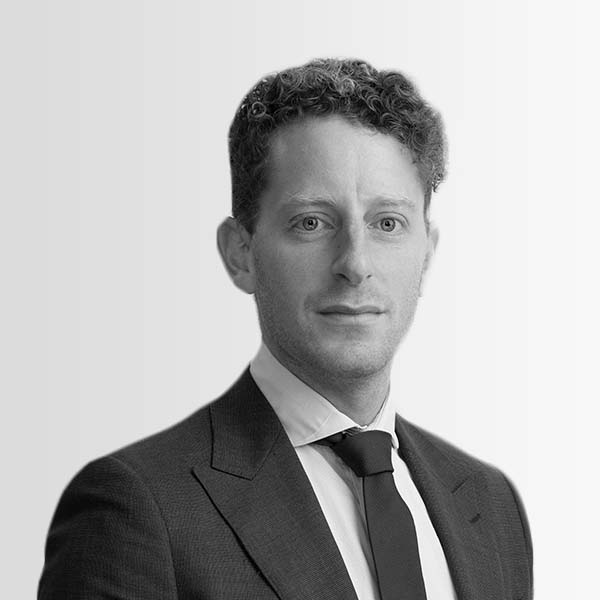 Rather than congratulating the world on fixing climate change, it's important to recognise some of Glasgow’s little wins and then knuckle down again and continue the work.

EG Focuses On Sustainability and Growth With Expanding Team